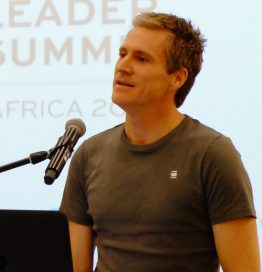 Seattle Coffee Company was created by a husband and wife team – Ally and Scott Svenson – whose inspiration was born out of their experience of specialty coffee brands in their hometown of Seattle. They had been living in London for years, missing the Seattle way of life, and frustrated that a concept they took for granted back home was not available in the UK. So, in 1993 the Svensons opened up the first Seattle Coffee Shop in Covent. The fresh concept was unlike anything the English public had experienced before and was instantly well-received. They sparked a coffee revolution in the UK that continues to reverberate down to the present day.

In 1996, 22 year old Pete Howie, who was working for them in London as a barista and store manager, asked if he could bring Seattle Coffee Company to South Africa. Given their good relationship, they agreed and decided to give him the opportunity to build the brand back home. Pete teamed up with his friend from school, Barry Parker, who possessed a strong business and visionary mind. Sandy, Pete’s sister, also joined the team, adding her artistic flare and a softer feminine touch. Their fathers, Doug Howie and Eric Parker, were brave and supportive enough to provide the capital needed to start the business.

In 1997, Seattle Coffee Company Cavendish Square, Cape Town, opened its doors and introduced SA to its first taste of counter service specialty coffee. Just a year after Seattle started in Cape Town, Starbucks bought out Seattle Coffee Company in the UK, converting all the stores and starting its domination of the UK coffee market. Seattle Coffee Company South Africa however broke away from this merger and having the rights to Southern Africa took the concept in a their own, more artisanal direction. Seattle Coffee Co. is now an exclusively South African family owned and run business, operating nowhere else in the world. The word ‘Seattle’ in our company name is a historical link to the Svenson’s dream and a connection to the rich coffee culture found in their home town – Seattle USA.