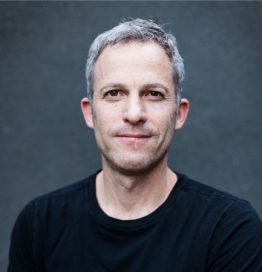 Darren Levy is the CEO of vida e caffè. With a powerful personal coffee journey, Darren holds a B. Bus. Sci. with an Honours in Finance. Darren started his career as a Management Consultant in Cape Town and then made the move up country. While in Johannesburg, Darren spent 10 years at the helm of a large retail holding company servicing multiple brands. A move back to the Mother City followed, to pursue an expanding career opportunity which then led him to head up the CEO role at vida e caffè.

As a narrative that runs through Darren’s life, coffee weaves together family, sport and community, and it all starts with vida e caffè. Coffee shops were a reprieve from the daily grind of his demanding career and this ritual led to Darren having weekly visits at the vida e caffè on Kloof Street while in Cape Town for business. When his wife opened a delicatessen in Parktown North, Johannesburg, Darren insisted on it having a coffee bar. He trained as a barista and would work behind the machine most Sundays, noting that his interaction with customers and the process of creating the perfect caffè was always the highlight of his weekend!

Fast forward to 2015 when Darren joined vida e caffè as CEO, he had amassed a 500 strong collection of espresso cups from around globe and was ready to fully immerse himself in a dynamic company and much-loved brand, which had been a part of his life for many years.

Over the past 4 years, Darren’s single-minded focus as vida e caffè’s CEO has been on coffee excellence, innovation, satisfying customer demand and delivering an in-store experience that is driven by a team of skilled, authentic and most importantly, happy people! The plethora of CSI and Enterprise Development initiatives are business commitments close to Darren’s heart but the one thing that he most looks forward to is visiting the friendly faces in every vida e caffè store. “They are a daily shot of happiness and life”, says Darren when fondly referring to the vida e caffè team.